[While I was on Greece I had the privilege to know pastor Kim and his lovely family. Actually I only could go to Kalamos camp because of him who answered my e-mails and indicated me the way. I had some very interesting conversation with him about the ministry, education, seminaries, and I asked him to write me about his experience as a pastor in Europe. This text has been a inspiration for me who has seen myself the European faith scenario. Hope this text will blessing for you too.
Text first in english and then the translation to portuguese.  If you enjoy it, like our page on facebook: 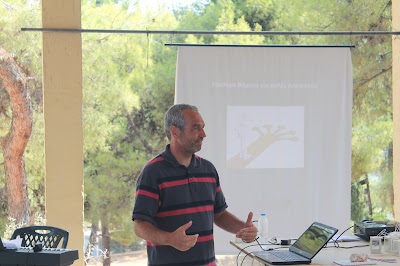 My name is Kim. Though in the Americas Kim might be mostly a female name, in Europe it is usually a male name. I have served as a pastor for 14 years in three different countries in Europe, Greece, the United Kingdom, and now Cyprus. In between pastoring assignments I earned a PhD in theology and also taught theology at tertiary level.

That should not lead one to the conclusion that pastors in Europe have it easy. Historically, churches in Europe are more pastor-centred than churches elsewhere. There is a kind of expectation that permeates most Protestant churches and also the Adventist church to some extent, that the pastor is the key provider of ministry, not only in terms of preaching, administration of the local church, and evangelism, but also personal visitation, Bible studies, and even some of the practical, more mundane aspects of church life, like things relating to building maintenance. It is not unusual for pastors to put 50 and 60 and at times even more of work in a week.

The biggest challenge facing pastors in Europe is not workload but the general apathy of society towards Christianity.  While a sizeable percentage of the population might identify as Christians, for most it is a nominal affiliation. Few attend church services on a regular basis and many are skeptical of organized religion.

This trend in society is also affecting the Adventist church, especially in outreach. While Adventist members evidence a strong level of commitment to God, reaching out to the community is proving difficult and is often met with apathy. A pastor and a church may invest a lot of time and money in organizing outreach activities only to discover that the community response is minimal and anemic. A pastor might invest time in building relationships with individuals and groups only to discover that the level of the relationships remains primarily social, or only elementally spiritual, without a desire for deeper commitment.  For a pastor who has made it his life mission to preach the gospel and help prepare people for the coming of Jesus, such lukewarm response can be disheartening.

What are some principles that can keep pastors focused and upbeat? In my experience and view, one of the foundations for fulfilling ministry begins with oneself. For me to be able to provide inspired leadership there needs to be an inner conviction that God has called me to be a pastor and that my ministry matters. I think of the patriarch Noah. He faced an even more indifferent society. 120 years of ministry and only his family entered the ark. What kept him faithful to his call was not the response of the people, but his conviction that the Flood would soon destroy the world and his knowledge that God had called him to warn the world. Such a conviction can make ministry fulfilling even when the response is not what is hoped for.

A second fundamental to successful ministry is to remember that a primary mission for pastors is to take care of existing believers. To Peter Jesus said, “Feed my sheep” (John 21:17). While we want the number of sheep to multiply and increase, each sheep is important in the eyes of God and needs to be looked after. My heart goes out to our young people. They are facing pressure to conform to the standards of this world. Public schools offer secular education with little interest in God; popular youth culture is becoming more and more self-centered, hedonistic, and materialistic. Against such a backdrop we need to train our youth to be different and stand apart; not an easy task.

Not only our youth but all segments of our church are facing the increasing trends of society’s secularization. To care for existing sheep is a task of no little importance. Jesus said that a shepherd knows his sheep (John 10:27) and the sheep know the shepherd. Building meaningful relationships with the people we minister to can be fulfilling and will go a long way in keeping members and young people close to God and in the church.

Lastly, I want to say something about outreach and evangelism. As fulfilling as ministry to existing members can be, there is an even greater feeling of fulfillment when we see persons give their life to Jesus for the first time. There are many smaller churches that may go for years without seeing a baptism. And as I said earlier, this can be disheartening, both for the pastor and the members. Is there a way we be successful in outreach, even in the secular context of Europe?

I believe the answer is yes. There is a principle at work, and we find it in Acts 2:47, where we read: “And the Lord added to their number day by day.” The principle is that all genuine church growth is the work of God not man. As a pastor, I endeavor every year to have an outreach plan built around my spiritual gifts. Some pastors are stronger in public meetings, others are stronger in person-to-person approaches. Every pastor has his unique set of gifts from the Spirit, and should built his ministry around his gifts and the gifts of the church.

Ultimate effectiveness, however, is not based on our abilities but on what the Spirit does. I have learned to pray and ask God to bring His sheep to the fold. And He does sometimes from where we least expect it. Ellen White once had a vision about berries. While on the surface most berries looked unripe, hidden beneath leaves and sometimes our of sight were berries ready to be collected. Moreover, berries yet unripe would ripen in due course.

Therefore, the search for persons open to the gospel must be constant and ongoing. When such an attitude of searching and expectation characterizes our outlook, the Lord will more likely bring to us receptive persons.

European society faces numerous challenges, worse of which is probably its growing secularization. But whatever the challenges we face in ministry, the Bible is still the Word of God and Jesus the only Savior. Europe needs Adventist pastors who are convinced of their calling and the message they carry, and who are willing to labor even if they don’t always see an immediate fruit for their labors. Perseverance in adversity means faithfulness to the call. 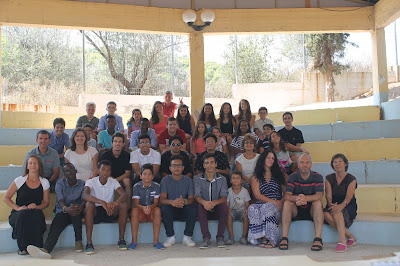